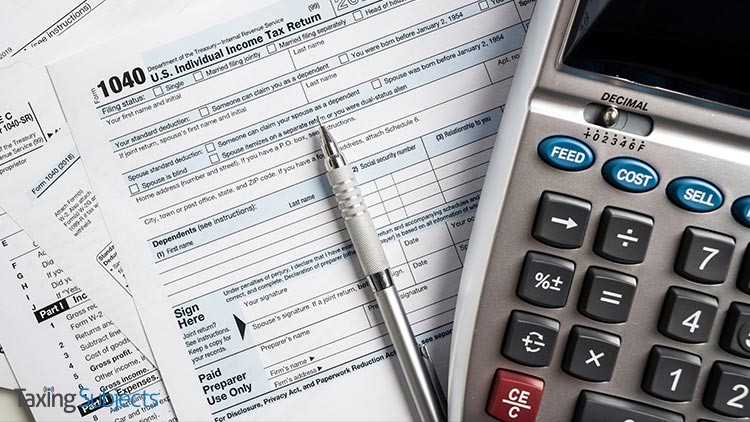 The coronavirus pandemic has thrown the 2020 income tax filing season for a loop; taxpayers and tax preparers have been given extra time to file returns, but the new deadline day of July 15 apparently isn’t helping some clients make better decisions.

Accounting Today magazine writer Jeff Stimpson spoke with tax professionals around the country to get their take on some of these perennial client missteps.

Stimpson writes that a number of mistakes show up every filing season, no matter the year. These include missing or incorrect Social Security numbers, misspelled names, incorrect filing statuses, errors in math or incorrect bank account numbers.

Other errors are based in thought. That is, the client didn’t think their tax pro needed all the paperwork the client had in order to turn out a correct tax return. One tax pro said with the new tax laws that do away with many of the federal deductions, the client forgets that they may still qualify for itemized deductions on the state side. So, they just don’t bring the appropriate paperwork to them.

Another friction point is the client who thinks the internet knows better than their tax pro. Purported tax advice that starts out with “Google said,” or “this online message board said,” one tax professional lamented, is still just hearsay and may not be rooted in any sort of fact.

Stimpson writes that another type of client mistake is the omission. This can include unsigned forms and expired ITINs, as well as claiming incorrect deductions or credits.

Related to these are sins of withholding, with at least one tax pro finding clients struggling with the new Form W-4. Many people were under-withheld in 2018 when the first round of tax changes came through—and it’s persisted since then. Stimpson writes that tax reform reduced the amount of taxes taken out of a lot of paychecks. The problem arose when many clients didn’t recalculate their withholding and got a nasty shock at their tax bill last year—yet still didn’t follow the advice of their tax professional.

The IRS had to put off the launch of its new W-4 after complaints that it violated privacy, required too much information about other income, placed too much on employers to determine withholding amounts, and was just too complicated.

So, the original problem still exists. A Florida tax professional told Stimpson she’s still seeing clients who haven’t adjusted their withholding amounts and need to be shown just why their refund this year is less than before.

The tax pro notes that these same clients were given similar education last tax season and it apparently didn’t sink in. The client didn’t make the adjustments but had to pay the price at tax time.

Other mistakes don’t actually take place during tax season, but in the off-season. Tax professionals say many times, clients either neglect—or just don’t think about off-season tax planning at all. From buying or selling a home, children going to college, a major illness in the family and more, all, they agree, can have an impact on the client’s situation come tax time.

Our thanks to Jeff Stimpson and Accounting Today magazine. 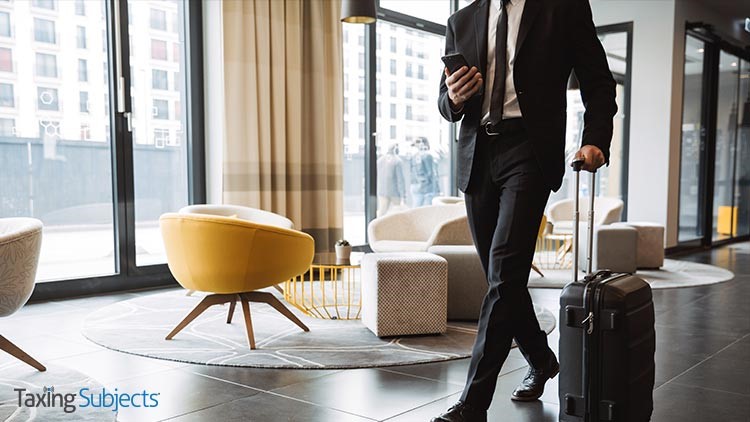 The Internal Revenue Service yesterday published a release outlining tax-relief measures that the agency is taking for individuals and businesses whose tax residency could be affected by coronavirus-related travel restrictions. This announcement is the agency’s latest effort to provide clarity on tax policy during the COVID-19 crisis.

Those trying to exclude foreign-earned income from gross are also granted a grace period. Specifically, “exclusions … under I.R.C. section 911 will not be impacted as a result of days spent away from a foreign country due to the COVID-19 emergency based on certain departure dates [and locations]:”

The IRS notes that they could extend this relief period, so affected individuals should continue to monitor IRS releases alongside other COVID-19 announcements.

How does this tax relief affect U.S. trade or business and U.S. permanent establishment determinations?

Finally, the IRS says that the FAQ “provides that certain U.S. business activities conducted by a nonresident alien or foreign corporation will not be counted for up to 60 consecutive calendar days in determining whether the individual or entity is engaged in a U.S. trade or business or has a U.S. permanent establishment.” According to the release, this guidance only applies if they worked in the U.S. because travel restrictions kept them from leaving the country.

For more information, read the source documents on IRS.gov: 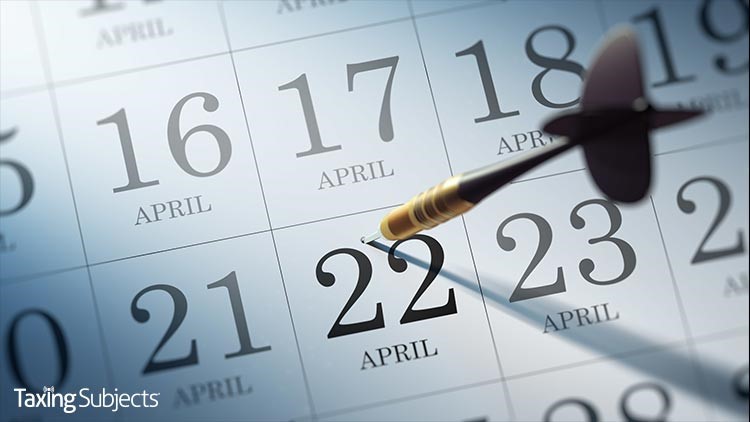 SSA and RRB beneficiaries with dependents who don’t normally file a tax return need to report eligible children to the IRS by noon EST tomorrow to quickly get an additional $500 per qualifying child in their Economic Impact Payment.

Since Economic Impact Payments were authorized by the CARES Act at the end of March, the Internal Revenue Service has worked with tax industry partners to raise awareness about various aspects of the EIP program. While the majority of taxpayers will automatically receive their payment, the agency wants to make sure a subset of non-filers know that they need to use online tools to report qualifying information. This week, the IRS highlighted the Wednesday, April 22 EIP reporting deadline for Social Security Administration (SSA) and Railroad Retirement Board (RRB) beneficiaries with dependents who receive certain federal benefits.

Why do SSA and RRB beneficiaries need to report dependents by Wednesday, April 22?

Non-filers who receive certain federal benefits—Railroad Retirement, Social Security, Social Security Disability, Supplemental Security Income, and Veterans Affairs beneficiaries, specifically—will automatically receive a $1,200 Economic Impact Payment. However, since these groups do not regularly file a tax return or list dependents in the application for their benefits, government agencies do not have that information.

While all of these government beneficiaries will need to report qualifying dependents—children younger than 17—to receive the additional $500 per qualifying child, the IRS release specifically notes that SSA and RRB beneficiaries who report by the deadline could get that money issued at the same time as their $1,200 EIP.

How do non-filers report qualifying dependents to the IRS?

Will SSA and RRB beneficiaries who miss the Wednesday, April 22 EIP reporting deadline be able to receive the additional $500 payments?

However, the IRS says those who miss the deadline will not be able to use the Non-Filers: Enter Payment Info Here tool to report that information. Instead, they will need to file an EIP return.

What will Keep Marijuana Taxes from Going up in Smoke? 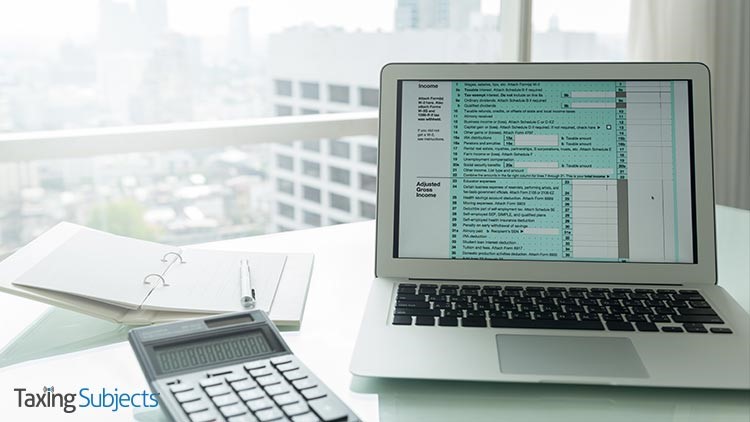 A recent audit is pointing up the need for additional attention from the IRS on just how taxes are collected from an emerging sector of the economy: the marijuana industry.

In performing the audit, the Treasury Inspector General for Tax Administration (TIGTA) found that a number of  federal tax returns from marijuana-related businesses were filed with underreported income and over-reported deductions.

Part of the problem, the audit notes, is that these businesses have a foot in two different worlds, so to speak. While the marijuana industry has been legalized in various states to varying degrees, marijuana is illegal under Federal law. It remains a Schedule 1 controlled substance under the Controlled Substances Act.

This may account for the at least some of the shortcomings in federal filings from producers and retailers. The audit report explains: “Under the Controlled Substances Act, it is illegal to manufacture or distribute marijuana.  Further, Internal Revenue Code (I.R.C.) Section 280E prohibits the deduction of expenses incurred in trafficking controlled substances.  I.R.C. Section 280E does not apply to the cost of goods sold.  Consequently, businesses that sell marijuana can reduce gross receipts by the cost of goods sold but cannot deduct other business expenses.”

TIGTA looked at statistical random samples of marijuana businesses in three states and determined some 59 percent (140 out of 237) of the tax return filings for Tax Year 2016 had likely I.R.C. Section 280E adjustments. When that percentage is spread out over the entire marijuana-business population, TIGTA said it means $48.5 million dollars went untaxed for Tax Year 2016; that grows to $242.6 million when spread over five years.

The report also looks at what impact paying additional tax would have on the marijuana industry. TIGTA estimates the industry would see some $95 million in additional taxes if I.R.C Section 280E is correctly applied to Tax Year 2016 alone.

The Inspector General put forth six recommendations which basically revolve around increased guidance and education for the marijuana industry. In particular, the audit report calls for a comprehensive compliance approach for the industry, including a method to identify businesses within the marijuana industry and track examination results. Other steps would be to develop and publicize guidance specific to the marijuana industry, while leveraging the information that is publicly available from the states that allow the activity.

The IRS agreed with five of the six recommendations, and said it could take another look at the sixth recommendation after completing its Priority Guidance Plan later this year. 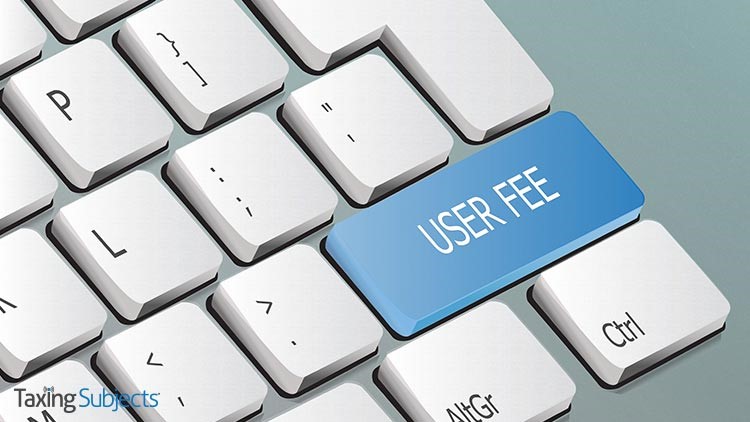 Paid tax return professionals may soon have to pay $21 to apply for a PTIN.

In the “Don’t have a PTIN and need to obtain one?” section of the “PTIN Requirements for Tax Return Preparers” page on IRS.gov, there is a key phrase that may be about to change: “There is no fee to obtain a PTIN.” The Federal Register from Thursday, April 16 included proposed rulemaking that would reduce the cost of applying for and renewing a Paid Tax Identification Number from $33 with a $17 third-party fee to $21 with a $14.95 third-party fee.

While a price reduction would normally be the key takeaway, this is the first time that tax professionals would be required to pay for their PTIN application since the DC District Court ordered the IRS to stop charging applicants back in 2017. In 2019, the DC District Court of Appeals reversed that decision, reinstating the IRS’s ability to charge a user fee for administering the PTIN program.

Why is the IRS able to charge a fee to issue PTINs?

The IRS cites the Independent Offices Appropriations Act of 1952, which it argues grants them the authority to charge user fees for provided services. This authority is further governed by the circulars issued by the Office of Management and Budget (OMB).

Why is the IRS proposing a lower PTIN fee?

The IRS says that the OMB places limits on the user fees it can charge: “Federal agencies that provide services that confer benefits on identifiable recipients are to establish user fees that recover the full cost of providing the service.” As when the agency previously reduced fees in 2015, the IRS says that a recent review of the cost for administering the PTIN program is now lower than in prior years.

When will the new PTIN fees go into effect?

The new PTIN fees would normally go into effect sometime after the agency closes public comments on May 18, 2020 and agrees to a finalized amount—presumably in time for 2021 PTIN applications and renewals. However, the IRS noted in the Federal Register posting that the case is currently “on remand.” That could mean a new round of litigation and, ultimately, injunctions.